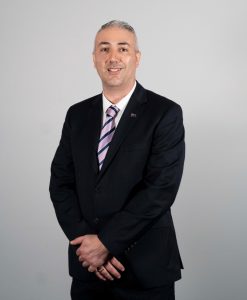 Former Mayor gets the community

FORMER mayor of Cumberland Council, Steve believes that only a local can truly understand and represent the interests of the community.

“I have decided to run to give the electorate of Parramatta a real alternative outside of the two major political parties,” he said.

“For way too long the Parramatta electorate has been taken for granted by political opportunists who have not delivered any outcomes for the local community. The locals feel they are being used as a vehicle to elevate big egos into Government, with no real commitment to community interests and needs.”

Steve, while Mayor, often spoke out against the harsh lockdowns people in his area endured.

“During COVID, our community endured extended lockdowns, restrictions, curfews, extra police and the deployment of the army to our streets.  Tens of thousands of people were unable to go to work.  They were unable to pay their mortgage, rent, bills, or put food on the table to feed their children. Businesses and residents who have not recovered from the lockdowns were now facing the flooding crisis.

“The response by our elected leaders has been catastrophic to our local community because we are simply not on their radar.”